I had the best three days EVER!!!! Thursday, Friday and Saturday were amazing in every way. I wish I could experience them over and over, but I’ll settle for writing about it and holding the memories in my heart forever! <3

Basically, I had a chance to see live music. Not just any live music, either. But three musical groups/individuals who inspire my writing. I mean… literally, I have written characters and entire short stories based on their songs. These three above all others. It didn’t even really dawn on me all the way until the very last night. I was brought to tears. It seemed very meant to be and I felt lucky… so lucky!!

Here’s how it went down:

Here is where you can check out some of their music. My short story, Proud Mothers, has a strong relationship with their original song Goodbye Morgan. Lemon Moon is another song for which I’ve written a short story…but that one is a work in progress :) In one of my (currently :) ) unpublished manuscripts, a character named Mason Andrews has characteristics and plot surrounding him- all based on another original by Wildewood, a song called Keep My Distance. When I listen to their music at each and every show I make it to (which is most!) I never fail to get inspired to write something, whether directly related or not. They’re just that good!!! 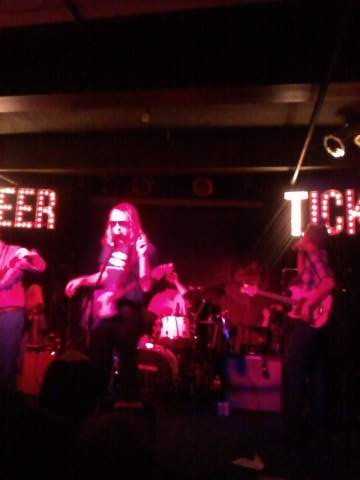 This picture was taken on my really old school flip phone, but hey! It’s a picture of them! You should check them out here. The lead singer of Deer Tick is also in a band called Middle Brother (favorite songs? Wilderness & Blood and Guts!!), and many of their songs inspire my writing, too. It’s also the Deer Tick song, These Old Shoes, that just so happened to be the first (and maybe last?) song I really learned to play and sing on the guitar. It was fun! To me, that’s the greatest love song of our time.

Bonus: For one song, they called a guest singer onto the stage. Guess who it was? Vanessa Carlton!!! Yeah!! I know!! It was weird. I can only picture her sitting at a huge piano, can’t you? But there she was, at a small-ish bar in Albuquerque, singing along with Deer Tick. She sounded awesome! 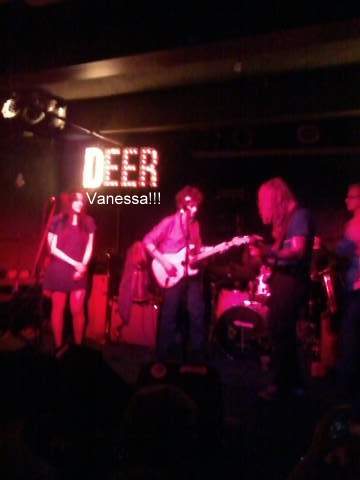 OMG! I was shaking!

The name may not ring a bell, but I promise you, if you listen to his music you will not be disappointed. Especially the album he recorded with Jeffrey Foucault (another person you should listen to every day!), Seven Curses. THAT album is the REASON I began to write short stories.

That’s a pretty big deal!!! At least to me it is! So you can imagine what it was like to hear Mark Erelli sing in person. The show was at a house … about fifteen people were there. A new project called “The Standing O” had him come into town and they first interviewed him, then he sang! It was just amazing. It’s the songs The First Mrs. Jones, Wyoming Wind, and Ellis Unit One that made me write my first two short stories ever, I Looked Over Jordan and Wilde Wood Saloon!! I had him sign my short stories!! How cool is that? 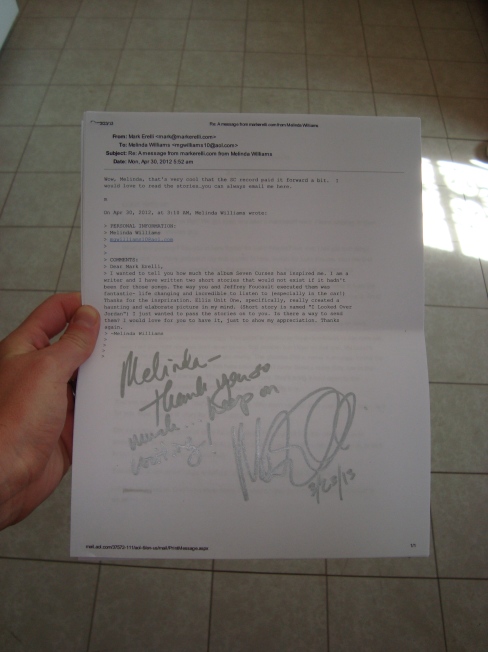 The paper stapled to the top is an e-mail I printed out from over a year ago. I wrote to him and he wrote back! I never thought I would get to meet him.

And there you have it. In three days I had beer sloshed onto my feet, sweaty people mosh pitting beside me, fancy chocolate served on a table in a living room, hard cider, sparkling lemonde, and lots of awesome music (I’ll let you figure out which things go with which shows….) ;) .

William Bruce Wilder Sr.
I’ll remember you like this. Sunlight shining behind us. Love pouring down on us from all over- from loved ones. Adak, I’m so glad I found you. Rescuing you was one of the best things I’ve ever done, and you truly wound up saving my heart through so much ache in the last three years. You made the bitter times sweet when you leaned into us for a scratch, wiggled your way between our hugs, and laid on the bed with your head on MY pillow. I loved every bit of it. Thank you for being so uniquely you, Adak. My favorite Great Dane. My first soul mate dog. 💕
This green jacket is a whole vibe for me. Inspo from @noraborealis who unapologetically encourages women to document their own faces for goodness sakes. 🤟
I know this old man won’t be with us much longer. But I’ll cherish this sight for as long as I can. #adakthegreatdane #greatdane #rescue
Six years later and here we are. 💕