…you can bet I’ll be jumping up and down with excitement.

I went out to check on things in the afternoon and suddenly realized… I’m only seeing four chickens! What! I tried so hard to remain calm. I called Greg and he talked me through some places to look. I did go out to the street and walk around, but I was getting desperate. I thought.. there are only so many places she could be! Then my neighbor came outside and I told him that I LOST a chicken and the panic in my voice rose.

Then!!! A few seconds later, we spotted John Steinbeck. She was hiding. She was in a private place, where I’d never seen any of the chickens go… and she was laying. Turns out it was her third day laying and I had no idea. When she got up we saw three eggs, one of which was still warm. It was so exciting. I fried one up, gave one to my neighbor who was there to witness all this, and saved one to show Greg. 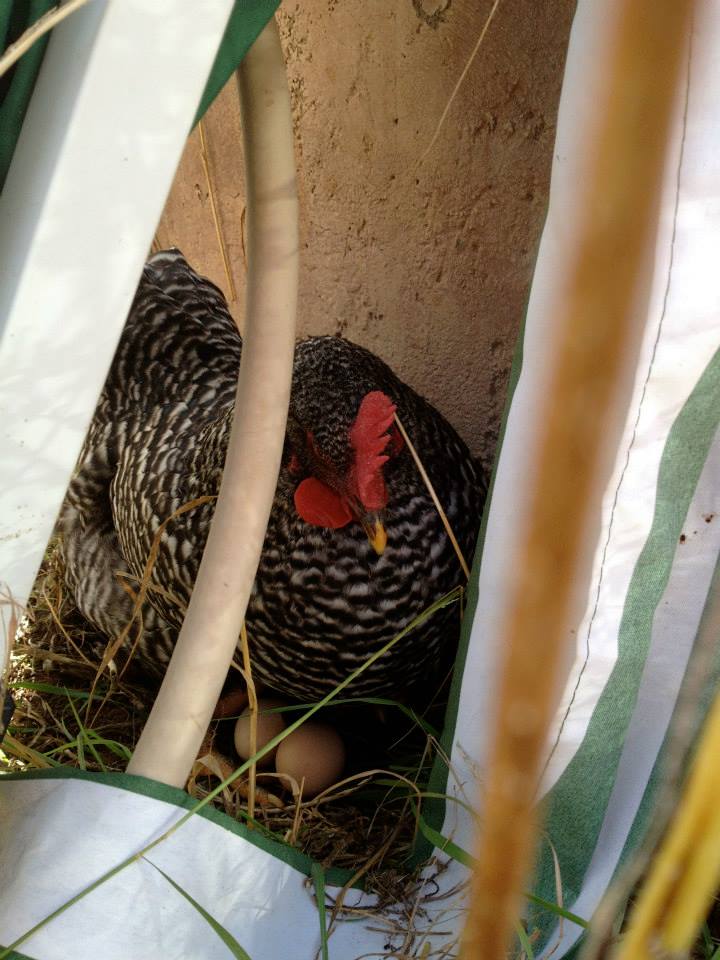 All three!!! Aren’t they pretty?

I’d been waiting and waiting for this day to come. All the signs were there.

What are the signs of a chicken that is about to lay? Here, I’ll tell you.

1) Their faces become much redder/darker.

2) Their noises become scary. You might find yourself RUNNING outside to see what in the WORLD just happened, because they sound like they’re being tortured. They’re squaking, shrieking, clucking and all other crazy noises a chicken can make. (Being a girl… I guess I can understand why. Think about it.)

3) They begin to do the “Submissive Squat.” What this  means is that if you approach them or hover your hand over their backs, they immediately squat down and stay still. Sometimes their tail goes up. They’re just ready… for you know… a little action. This means they’re going to be laying soon.

I read about these signs online and I couldn’t  believe how true they really were. This is textbook stuff and it actually happens!

What a great day!!

I feel, in a really weird way, like a proud mom/grandma. Yeah- I just said that. But it’s true. I felt very much like a MOM with TEENAGERS when I found out that the chickens could get out of the yard.

In a way, as soon as they could do this, I felt like they could sneak out the window. (Not that I did this as a teenager… um…) I didn’t have to wait to have kids for all of that to come back and haunt me, is all I’m sayin’.

Ohhhh and as far as those eggs are concerned, I OF COURSE had to do the old egg test and compare them with “store bought.” Mind you, these are expensive store bought. I get the ones that are more than 5$ for a dozen. What can I say? I truly want to support happy chickens.

On the left is John’s egg. Bright orange!! It tasted soooo good!! On the right is an egg I bought at Whole Foods. I’m sure that a truly run of the mill egg from the regular store would look much worse. 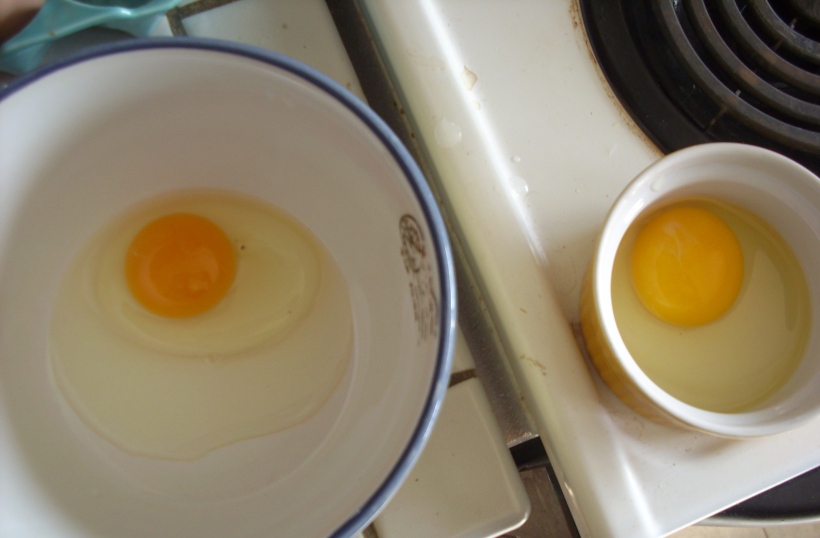 I’ll leave you with that today. It was an exiting moment in our household. I can’t wait to share more chicken stories as the days and years pass. 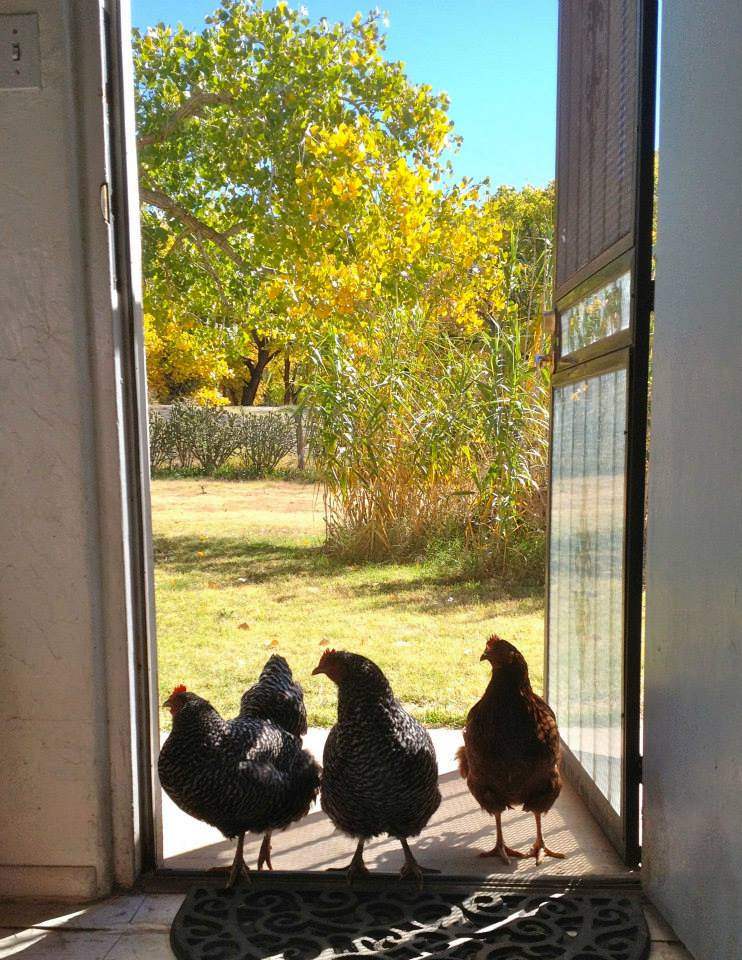 in my neighbor’s doorway

9 thoughts on “When A Chicken Lays An Egg…”